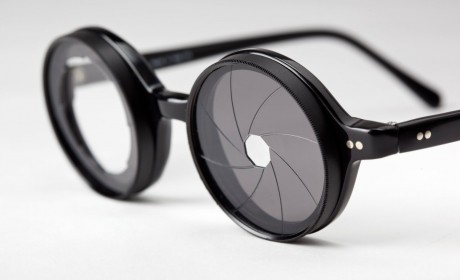 Many people that I’ve met who are taking up photography have a hard time understanding the ugly “A” (aperture), and how to use it. Hopefully my explanation will shed some light…

Whenever you half or double the amount of light in a photo it is referred to as a “stop”. There are three ways to control this addition/subtraction of light: shutter speed, ISO, and aperture. Collectively, these make up exposure. (There are different reasons why you’d want to change one instead of the other, but that’s another tutorial!) When dealing with aperture in particular it’s called a f-stop. F-stops tend to be the least understood of the three…

As you can see, the numbers half and double each other as you go down the line in either direction.

Technically, you aren’t adding more light when you change ISO. Instead you are changing the sensitivity of your sensor (or using a less/more sensitive film). Still, the affect on overall exposure is the same. For more light, double the ISO. For less light, half it…

(f-stops)
Aperture is the odd ball of the three. If you half or double the f-stop number, you are actually adding or subtracting two stops of light, not one!!! For example, f/22 to f/11 will quadruple the amount of light in the photo (again, fractions…that is why the actual number goes down when the amount of light goes up. Think of “f” as the FULL amount of light possible, which is then divided by the f-stop number). On top of that, there are crazy non-whole numbers to remember like f/2.8 and f/5.6. It took me a long time to fully understand the science behind why f-stop numbers are so odd (the inner geek in me had to know though!). Anyone who wants to know, send me a PM and I’ll forward some info to you. In the mean time, there is a very easy way to remember f-stops…

There is a slight skip at 5.6 -> 11, but easy enough to remember. Technically the scale starts at 1, but I challenge you to find a lens that has a max aperture of 1!!!

NOTE: Your digital SLR (and some film cameras) may show weird numbers like 7.1 as an option. That means it is set to display either half or third stops. This gives you more control over the exact amount of light you let in, but does the exact opposite as far as understanding the numbers! Don’t fret, as over time you’ll come to know them as well!

I hope this helps someone!

Thank you for this! Aperture is what I had the most problems with!

You, me, and just about every other photographer I’ve met! It’s the hardest part of learning exposure. Once you fully understand how and when to use it (along with ISO & shutter speed) you’ll be able to strictly focus on the artistic aspect of photography!