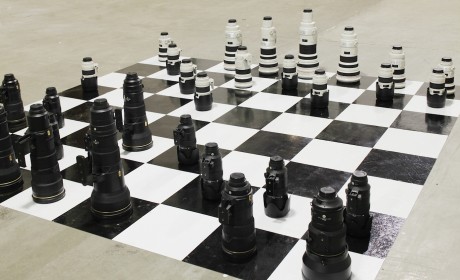 This is by far one of the most debated topics between hobby, semi-pro, and professional photographers alike. I know some who’d rather give up shooting than switch from Canon to Nikon or visa versa. It’s silly for sure to say the least, but I’ve participated in the occasional ribbing of my Canon toting counterparts from time to time. For me it’s all in the name of fun. However, many others take this topic far too seriously! I’ve seen friendships end, relationships go astray, and clients lost. So who was right? Which one really is the king of the photography hill???

The answer to the question is simple…neither! I’m sure you’ve heard a million and one reasons why one easily dominates the other, some of which are very sound. I’m also sure you’ve seen your favorite photographer brandishing one brand or the other at some point in time and figured, “That MUST be the best brand, right?”. I mean why else would he or she use it? To be perfectly honest with you, I can’t say exactly why. I can say with 100% certainty that it wasn’t because that brand was better than the other though.

To prove this, I’ve put together a little test. I challenge anyone who has convinced themselves that one brand is better than the other to take it. If you can answer 10 out of 10 correctly then I will be the first to concede that whichever brand you think is best really is the best. Hell, I’ll even sell all my gear and switch if you believe Canon is better! Here it is…

You probably chose your favorite 10 photos because those were they ones that you liked the most. Some were taken with a Nikon, some were taken with a Canon, and others may have been taken by a variety of other brands. My point is that the camera itself had very little to do with why you chose those images. It was the skill of the photographer that drew you in. Maybe it was the use of depth of field or some other technique related to composition. Maybe you were overwhelmed with the colors. Maybe it was the simplicity of abundant white space married with a small interesting subject. Whatever the case, neither Nikon nor Canon had anything to do with why you liked those photos!

So How Should I Choose?

I was originally a Canon shooter back in the day. I switched to Nikon for one reason and one reason alone. They simply felt better in my hand. There are a number of other things that usually factor in as well. I’ve listed a few that are important to me, and I’d be dilighted to add any others that you guys list in the comments:

All that said, everyone knows that Nikon is the best! *grin* I kid. Enjoy some of the videos I’ve run across that have a little fun with this never ending debate:

I shoot with a “NICANON”. Actually when I was on the fence about whether to buy my next film camera or go digital, Nikon had announced that they would never produce a full frame dSLR. As this was one of my requirements, they lost a customer.